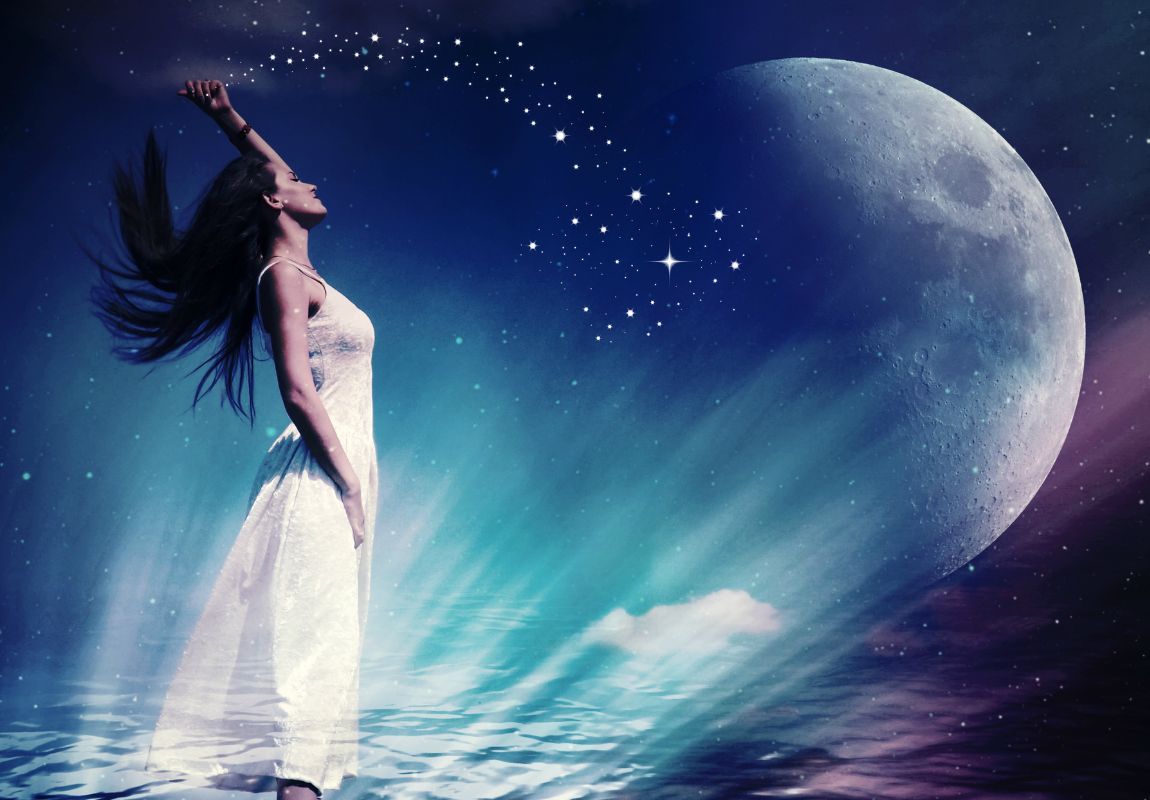 Want to learn more about moon magic rituals and other mystic knowledge about the moon? Keep on reading and find out.

The moon has always fascinated the imagination of people, who even celebrated it as a deity. Countless legends and superstitions show what a strong presence the moon had in the spiritual life of people. The moon is also related to magic – it makes plants grow faster, favors magic spells, enchantments, and fecundity, and can also be used to enhance beauty and well-being. These moon magic rituals actually work if we respect the moon phases, and use the moon’s power from a place of gratitude and love.

1. Moon Magic and The Human Consciousness

Full Moon, New Moon, and crescent Moon are the major moon phases that influence the magic rituals performed for the moon. They can be compared to a movement of flows and ebbs of the subtle energies of the cosmos, with direct implications in the unfolding of the course of existence. Here is what these moon phases represent, and how to understand them in the context of moon magic.

The Greek goddess Selene represents the unifying aspect of the Moon, which flows in its silver glow over all the elements that appear separate to us during the day, in a unified, mysterious togetherness. At night, we don’t distinguish the contours of things very well as they seem to merge with each other. In this sense, the Moon has a unifying, diffuse influence, and the need to unite the separate elements into one consciousness.

Moon magic can also be used to bring out inner beauty and enhance outer physical traits, by following the three main Moon phases. Here is how you can use moon magic for beauty.

Ancient Egyptians were convinced that the moon influences hair growth. When the moon is on the rise, the hair becomes richer and grows faster if it is cut or trimmed. Those who want, on the contrary, to discipline their hair that is too rich or too curly, should cut it when the moon is waning. Whoever cuts their hair on the full moon will benefit fully from the power of the moonlight. Namely, the hair will gain volume and glow, and will also stop falling.

4. Moon Magic for Growing a Garden

From ancestors, plowmen used knowledge about the influence of the Moon to grow rich crops. In several countries, various experiments were carried out that confirmed the observations of our ancestors and have been used for the cultivation of plants in optimal conditions. Here is what they have found:

According to Romanian folk tradition, the Moon is holy. An entity with miraculous powers, which must be treated with respect and reverence. Only in this way, people can avoid its evil influences, and potentiate its magical properties for the good of the people. Most of the magical moon rituals (charms, enchantments, spells) were usually performed taking into account the phases of the Moon.

Local traditions say that the good spells are done on the New Moon, and the bad moon magic spells under the light of the Full Moon, at night. During these rituals, the officiants are completely nacked. Here are a few magic moon rituals from Romania, some of which are still performed today.

In astrology, the Moon is associated with the following elements:

What Does The Moon Symbolize?

The Moon is a melting pot of dreams and desires and possesses an instinctive knowledge of the mysteries of nature, therefore it is often associated with magic, as a form of creative expression. Perhaps this is also due to the fact that gestation and giving birth are also lunar phenomena, and the mystery of life exerts an extremely strong fascination on most people.

The moon is associated with water. It controls all liquid substances, and as man is made up of 80% water, the Moon is responsible for the processes of all substances in the body (blood, lymph, etc.). Given its ability to alter, shit, and create, moon magic is a predominant theme in witchcraft and spell casting.

Read Also: St. Hildegard 5 Magic Herbs for Spells and How to Use

What is your take on moon magic, and moon rituals, did they work for you? Drop us a comment below. And if you’ve enjoyed learning these moon magic rituals and how to make use of the moon phases to achieve beauty, peace of mind, and self-discovery, please share this article so more people can use it.