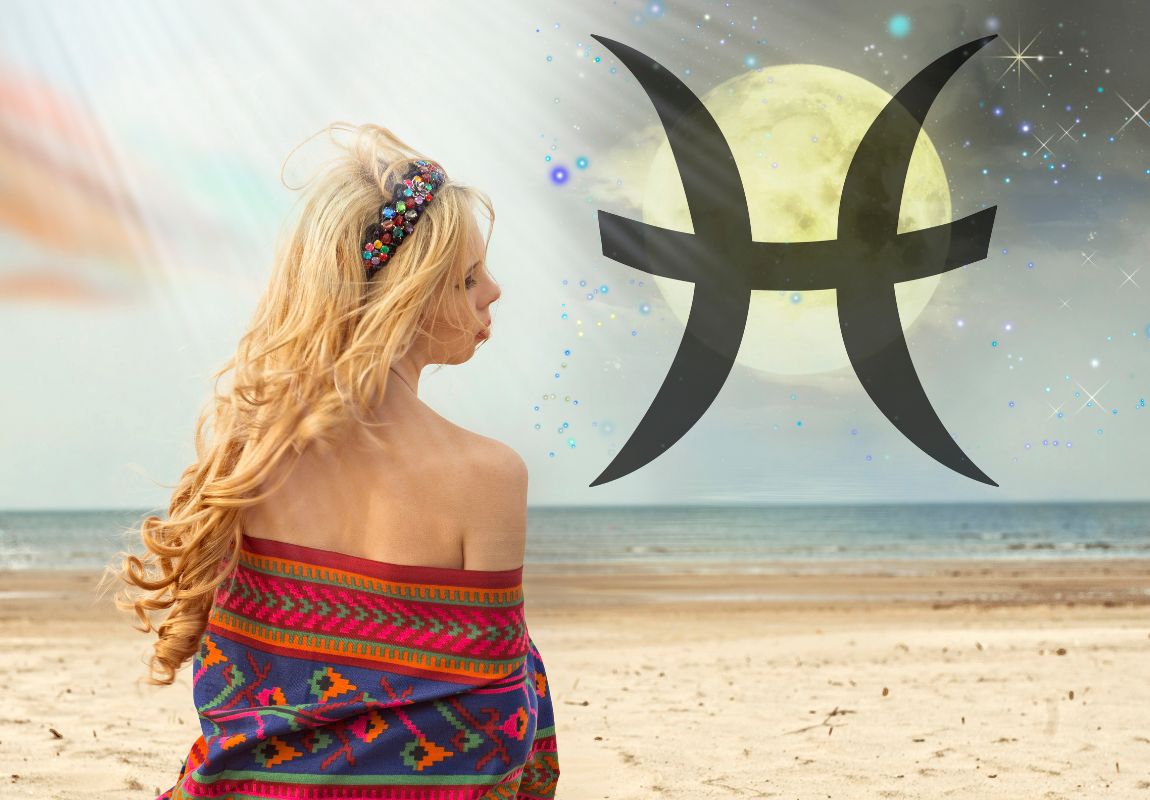 Want to learn more about Pisces health problems, the ideal diet for Pisces, herbal remedies for Pisces, and healing crystals for Pisces? Continue reading and find out.

Pisces health problems are related mostly to low vitality and the need to preserve energy, instinctively. Of the two planets governing Pisces, namely Neptune and Jupiter, Neptune is considered to be the one that leaves its mark when it comes to health. This feminine, nocturnal water sign was considered in ancient times the ruler of the feet, thus some of the main Pisces health problems have to do with their feet. But to offer you a broader perspective about most frequent Pisces health problems, and what can be done to prevent them, let’s start with a few physical and health characteristics as well as predispositions.

Compared to the previous zodiac sign, Pisces has a medium-sized build, but with a broad chest, black eyes, a clear forehead, and white skin. The natives in Pisces will have a weak voice, they will be irritable but not aggressive, polite but deceptive, and they will more likely than not indulge in food, drinking, and sleep. They can either have a flatfoot, or a high-arched foot which allows them to become, for example, exceptional dancers or ballerinas. Let’s take a closer look at Pisces health problems.

In ancient times, when it came to Pisces health problems, it was believed that, in addition to issues with their feet, Pisces are also prone to suffer from urticaria, hemiplegia, and leprosy.

The zodiac sign of Pisces has two planets that rule over it. The first is Jupiter, the ancient ruler of Pisces, and the second is Neptune, also known as the modern-day ruler of Pisces. Many astrologers believe that we can divide Pisces into two distinct typologies: the Jupiterians and the Neptunians.

As they age, it becomes easier to distinguish these two types of Pisces. The Jupiterian becomes ruddier, with taut skin, a trace of a smile that never seems to leave his face, and a benevolent look. In Neptunians, on the other hand, the eyes and the mouth acquire over time a blasé, slightly sad expression or one of philosophical resignation. Although Neptunians are also graceful beings, their movements are slow, especially walking. The face conveys a subtle sensuality, and the expression of the eyes is dreamy, lost as if in search of other dimensions. Now let’s take a closer look at the most common Pisces health problems.

Unlike Jupiterian-type Pisces, who have no questions and uncertainties about their identity, Neptunian-type Pisces wait for others to tell them who they are. But few of them get to realize, in the first part of their life, that they can be… whoever they want.

The great suggestibility of Pisces makes them think they suffer from all conditions. At the smallest sign of illness, they start to document themselves and can be convinced that they are suffering from a lot of illnesses, when, in fact, they are suffering from a common cold. But this suggestibility is also a sign of their profound empathy, and this can make them excellent doctors as they can really put themselves in the shoes of someone with a health issue.

Pisces who end up in the hospital as patients can return home sicker than they were at their admission. Pisces doctors, on the other hand, can feel better at the hospital than at home, because this is the place where they can express their compassion without reservation. The sign of Pisces rules hospitals. Not only that, but also a large part of the pharmaceutical industry and, in particular, drugs that alter states of consciousness, such as sleeping pills, sedatives, anesthetics, or psychotropics.

These are the most common Pisces health problems.

Jupiter, the old ruler of Pisces, seems to be less of an influence when it comes to Pisces health problems. In fact, beneficial as it is, it helps this native overcome many health challenges. But Jupiter is also called the “planet of exaggeration”, and from this point of view, it can cause problems. For example, it can lead to the hyperactivity of the endocrine glands, especially the pituitary, thymus, and pancreas. Jupiter is also responsible for everything that means proliferation, including tumors, fortunately, those that appear under its influence are mostly benign.

Pisces governs the feet, the neck, and the lymphatic system.

Until January 2026, while Neptune is in Pisces, the most common Pisces health problems are insidious, purulent, or microbial infections, or infiltration phenomena, such as, for example, water in the lungs or high body toxicity due to exposure to toxic substances, namely the consumption of alcohol, medical drugs or even the use of conventional cleaning products.

It is said that Pisces go through as many moods in a single day as any other sign in a whole year. For this reason, it is more important for Pisces than for any other zodiac sign that the environment in which they spend most of their time is harmonious. Both loving, as well as aesthetically pleasing. Since Neptune also rules dreams, it’s obvious that sleep plays a big role in regenerating a Pisces’ energy – perhaps the biggest. Due to their heightened sensitivity, a Pisces needs about nine hours of sleep per night to function properly in three-dimensional reality.

Sleep deprivation can turn a Goldfish into a relentless piranha, which no one suspected could exist behind such a peaceful appearance.

It is imperative that Pisces do not fall prey to oppressive, negative moods, because if they are left to their own devices, in some extreme cases, they end up with suicidal tendencies. Fortunately, they can easily change their mood through music, dance, and other artistic endeavors. Art heals the heart. At least that of a Pisces.

The Best Diet for Pisces

Most Pisces thrive on a vegetarian diet, but not too strict.

It seems that in order to anchor in the 3D world, dreamy Pisces need the energy of trees. This is why a walk in the forest is one of the best therapies they can have. Here are a few healing remedies for Pisces.

Homeopathic remedies in affinity with Neptune, which can be recommended to Pisces, are:

Homeopathic remedies in affinity with Jupiter, which can be recommended to Pisces, are:

The best healing crystals for Pisces are those that carry the energy of water, especially in the colors of the seas and oceans, and that reflect the incessant undulations of the soul. But here are the stones assigned throughout the history of this mysterious sign. Ancient Egyptians and Greeks believed that hyacinth would be their lucky stone, unlike the Byzantines, who chose turquoise to be the healing crystal for Pisces. The Jews opted for multi-shade jasper, but also tourmaline, which is actually a combination, therefore matching the versatile personality of Pisces. Today the opinions are divided between aquamarine, turquoise, moonstone, and amethyst. Hence, any of these stones make a great choice for Pisces health problems.