Home Health Is Alcohol Bad for You? Yes and Here’s Why

Is Alcohol Bad for You? Yes and Here’s Why 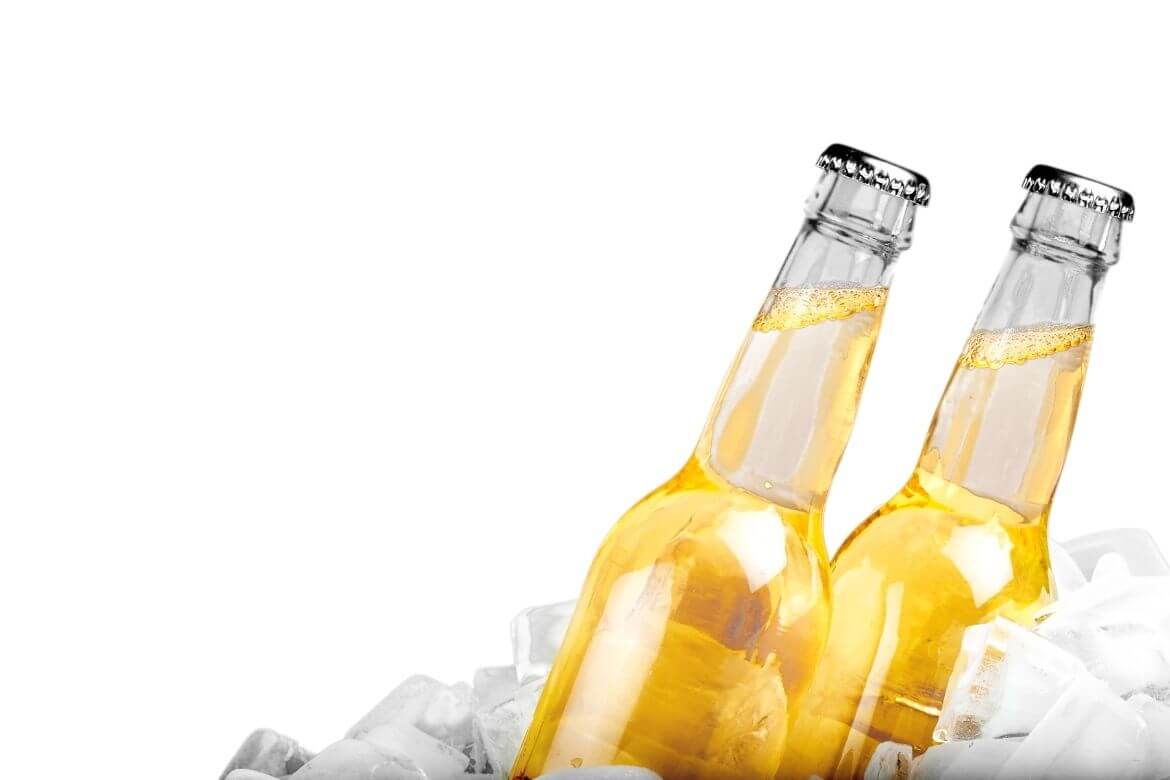 Pop culture, including music and movie industries and social media is heavily promoting drinking alcohol as something really cool. Most people can’t even imagine going to a party where there’s no booze. And then there’s the peer pressure of heavy drinking and partying.

Some call it carpe diem, I call it bull****. The logical questions is:

The short answer is yes.

Just because this may hurt someone’s feelings it doesn’t make alcohol anymore good. Of course, if you resume to a glass every few weeks or a few times a year, that’s fine. But who can resume to such a little amount of alcohol, right?

This agenda has been pushed for way too much time, just like the smoking trend in the ’70s and ’80s. Many years later, we’ve come to understand how bad smoking is for our health. We shouldn’t let another 20 or 30 years pass before we wake up and realize that alcohol is just as bad as smoking or even worse.

I hope this article is an eye opener for those who want to know the truth about how bad alcohol really is.

Here are the most important 9 reasons why alcohol is bad for you and why you should be avoiding casual drinking just because it’s trendy. No sugar coating, no BS, let’s jump into it.

9 Most Important Reasons Why Alcohol is Bad for You

One of the first and most notable side-effects of drinking regularly is that it makes you age much faster. Alcohol does this to you because it dehydrates the body cells, depleting your body of water, and making your skin dry and flaky. In the long run, you will age faster compared to someone else your age, who doesn’t engage in regular drinking.

You’re not just looking older on the outside, your internal organs are also feeling it.

Drinking alcohol regularly is a sure way to rapid aging, one that is very health detrimental and costly. Later we pay again the cost of looking younger again, but for many, it is already too late.

Alcohol negatively affects the skin indirectly, because what it does first overburdens the liver. An overworked liver will try its best to protect the internal organs by releasing toxic waste into the skin. The skin takes one for the team. This is the best way your body can cope with the toxins in alcohol.

Skin eruptions, acne, blackheads, eczema, and rashes are very common amongst alcohol drinkers because of a toxified liver that cannot take it any longer. If you’re wondering where did that bad rash came from after a night of heavy drinking, it’s alcohol. Period.

Alcohol drinking dumbs us down and makes us more irrational. This is why inebriated people are more like to get into fights and throw punches. Alcohol makes most of us become more aggressive verbally and physically because it brings down our vibration to a very low.

Not only this, alcohol actually affects the circuits in the brain making it harder to think clearly.

Studies showed that long term alcohol consumption has a very negative toll on brain health, and can lead to severe brain damage. In other words, the sexier the people around you get when you drink, the more irrational and aggressive your behavior can become. How is this a fair trade-off?

6. It Gives You a Fake Sense of Empowerment

Just like most stimulants, alcohol opens the door to a unique sensory experience, a high that makes you want to come back for more. In this sense, alcohol can be considered a spiritual teacher for those wanting to expand their consciousness.

What alcohol is here to teach us is that we can recreate this state of being high, feeling powerful, and invincible without getting intoxicated. This state of being is inside ourselves and we only have to access it whenever we want without the alcohol involved.

The problem is that most people today do not see alcohol as a valuable teacher it can be and abuse it. It’s like going directly for the fish because we don’t want to learn how to fish. And this is not the purpose of this spiritual growth experience.

For most people, the false sense of empowerment when drinking alcohol comes from all their insecurities and negative self-talk. This is the ego’s overcompensation to distract us from the false negative beliefs we have about ourselves and numb them down instead. Resorting to alcohol will never “fix us” or our problems, but sweep them under the rug even more.

5. Alcohol Is a Waste of Money

Just like big pharma, fast food and makeup, alcohol is a huge industry.

It’s just great business for corporations and most of the world’s governments through alcohol taxes, that have found exploiting the human weaknesses very profitable. They don’t work for our health and safety, they are in for the money. Think about this next time you’re going to spend cash on alcohol.

Just like all the other bad addictions, alcohol is a complete waste of money. Imagine that instead of throwing money out the window on something that does so much harm, you could be spending it on organic food, natural supplements, and other healthy things that are considered expensive for most people.

When you cut down the alcohol and drinking expenses you will too afford to eat healthier too. It’s just a matter of priorities.

It’s a known fact that the beer belly is not a myth, but a real thing.

But did you know that fat deposits in the midsection are the most detrimental to our health? They actually are because they affect the vital internal organs directly. Alcohol, just like soda, is filled with empty calories and almost zero nutritional value. Yes, you’re drinking calories.

The reasons alcohol drinking makes you fat are the empty calories, the increase in appetite which triggers impulsive snacking, and the hormonal imbalance. Results of a Swedish study found that the level of leptin (the hunger hormone) drops by almost 50% after alcohol consumption, making us eat more.

This is not the only hormone alcohol messed up with.

Alcohol consumption is known to increase the levels of oestrogen by 20% after having a single alcoholic drink. Oestrogen is also known as the feminizing hormone, which explains why alcohol also leads to an increase in breast size in women and men altogether.

Bottomline is that alcohol doesn’t only make you fat, but also unattractive.

3. Alcohol Is a Bad Addiction

Developing a drinking problem doesn’t happen overnight. It actually takes 2 years of almost daily drinking (even a sip a day counts) to become addicted to it. This is one of the worst addiction because once you’re on it, it changes who you are, you no longer think straight and all your actions revolve around getting your fix.

You’re becoming a slave to it and the worst part is that you probably don’t even realize you are addicted to alcohol.

Indeed, most alcohol addicts don’t even know they are addicted to it and live in denial. The reason is that we have alcohol as casually as sipping on water and we consider it normal. A lot of people today don’t even imagine going out or having a gathering at home without alcohol.

When you cannot imagine feeling good and having a good time without alcohol, then you may be addicted to it already. Once you realize that your entire state of being and happiness depends on this very bad habit, you will understand the gravity of it.

2. It Opens Portal for Negative Entities

Alcohol drinking drops your frequency vibration to a very low. It brings your natural vibration of feeling happy and positive down to feelings of depression, sadness, guilt, and all the other negative feelings. When you develop a drinking habit you get to the point where you no longer feel happy without the daily fix. In other words, you falsely believe that you cannot access a high vibrational state without it.

When you reach that low point of suffering you become lush for negative entities that are happy to feast on your sorrows. I know this may sound weird, but this actually happens.

It is one of the worst things that alcohol does to people and they don’t even realize it. This explains why intoxicated people oftentimes get into fights, become really aggressive and unrecognizable, and are prone to accidents and injuries that can sometimes be life-threatening.

Not a joke. When you drink you become the perfect target for negative entities that thrive on your bad vibes. Bad vibes, bad tribe, you know what they say.

Read Also: The 4 Ways Your Intuition Speaks to You

1. Alcohol Shuts Down the Immune System

Last but not least, alcohol drinking shuts down the immune system.

This leaves the body defenseless in front of potential enemies and it’s the worst thing one can do to their body. What alcohol does is numb down the white blood cells, the ‘militia’ in the bloodstream. Everything you eat, drink, and do while under the influence hits your body hard because you’re 100% defenseless.

Alcohol is a free pass for toxic waste, virus and bacteria to cause havoc in the body.

Couple this with stress, only a little amount is enough, and you have a recipe for a wide variety of mysterious symptoms, “auto-immune” conditions, and a lifetime of suffering. Why leave the body defenseless in front of millions of possible enemies for the joy of feeling high at the moment? It doesn’t make any sense.

The Best Thing about Alcohol

On a more positive note, the best thing about alcohol is that you can ditch it.

Go cold turkey. Release yourself from this deadly trap of drinking because it has never truly served you and will never help you get out of misery and pain. On the contrary, it will add to it.

Alcohol twists the mind and makes us not think straight. It’s an illusion.

People who drink regularly have low self-esteem, are prone to be depressed and oftentimes are wrapped in the victim mentality.

The easiest way to give up on alcohol is to see through the lies, through the illusion of this social construct.

WAKE UP to who you really are. You’re an amazing, infinite being with strengths and abilities you’re not even aware of. Start growing into your true powers and become the amazing person you came here to be. Love yourself truly and deeply here and now, because you don’t have any reasons not to.

Alcohol is an illusion, it gives you a false sense of freedom, joy, and happiness. But in reality, it enslaves you by taking back your strength, will, and determination and it’s winning over you. It’s a trap. Wake up and see the reality of things and when you do, you’re ready to set yourself free.

If you’re ready to give alcohol the boot, perhaps this hypnosis will help you stop alcohol drinking and become a free person.

The 4 Temperament Types and Their Health